Don’t feel bad if you weren’t aware. If you were one of those paying attention to Punxsutawney Phil and awaiting his forecast for an early or late spring… you weren’t alone.

I ask the question for an important reason… to let you know that February 2nd is also World Wetlands Day. In fact, it’s been celebrated annually since 1971. Each year, a different topic is stressed in the form of a theme to raise awareness of the importance of wetlands. The theme for 2019 is “Wetlands and Climate Change.” Why? Because wetlands help to cope and mitigate global warming. They function as a natural and efficient carbon sink.

For example, peatlands- covering only 3% of land mass, absorb and store twice the amount of carbon as all the world’s forest combined, namely 30%. Moreover, wetlands act as a buffer for climate catastrophes that help communities be resilient against the immediate impacts of climate change.

These rich ecosystems are important to the well-being of our planet, and yet, human activity threatens wetlands, such as swamps, marshes, swales, mangroves and peatlands at a loss rate estimated at 1% per year, worldwide. (A higher rate than deforestation.)

My community is in the initial planning stages to implement a habitat restoration project along the wetland corridor where I live, Glencoe Swale. In response to World Wetland Day, I took my camera out to document how our wetland watershed currently looks.

The headwaters for the  watershed begin behind this fence.

It would be easy to pass by this little compound, never suspecting that it is where Glencoe Creek begins… 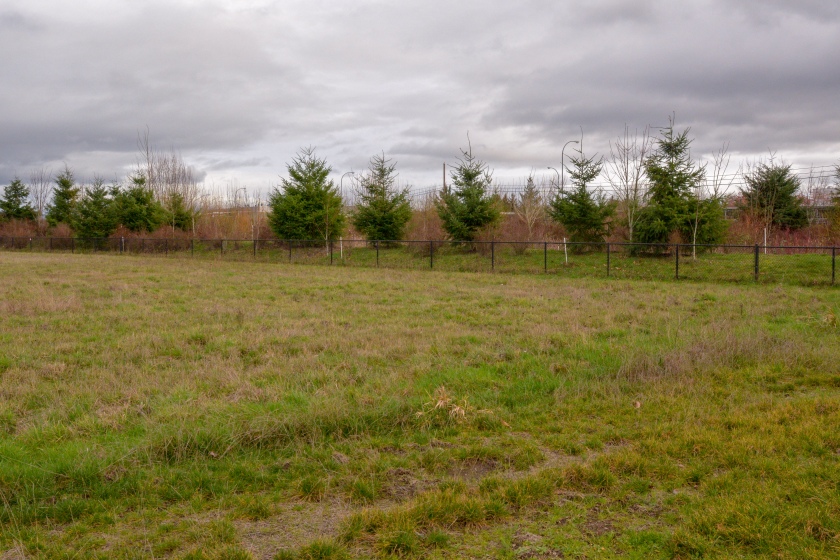 A charming country road used to be here, but now…

A much larger roadway has replaced the farm lane and a newly constructed electric substation looms where crops once grew.

The City of Hillsboro annexed farmlands and changed land use zoning to industrial. Land that was permeable will be transformed into commercial buildings and parking lots. I wonder how this will affect the creek and wetland water tables.

It appears that some native plantings are providing a buffer zone. I will plan to learn more about this.

Water along this section of the watershed flows above ground, and through culverts under roadways.

Clean Water Services has installed native planting along the stream side.

Airport plans, those currently in effect and those planned for the future, do not favor attracting wildlife to the runway network. Non-native grasses and culverts are in place.

A faded sign reassures me that I am still traveling along the Glencoe Creek subtributary of McKay Creek that carries waters to the confluence with the Tualatin River. 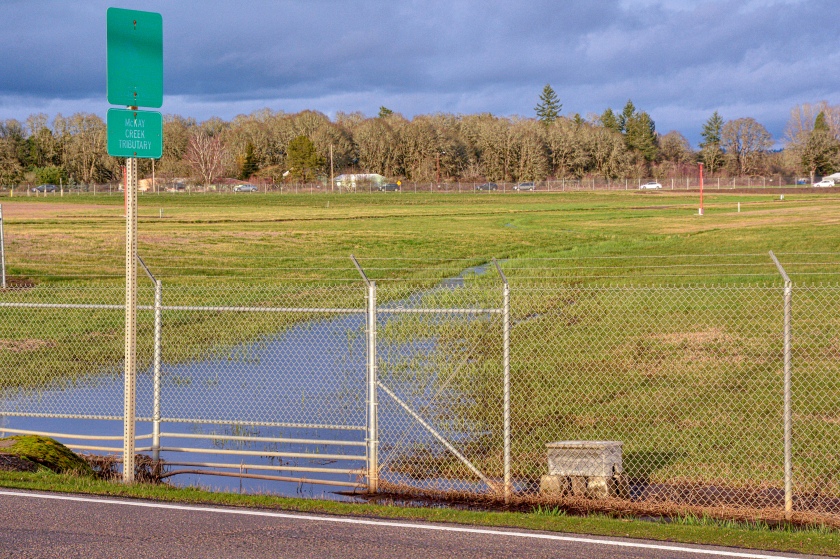 The Hillsboro urban area has been growing steadily over the past four decades since I moved here.  An increased number of streets empty storm-waters into the watershed system.

Human Activity with potential to relieve stress on ecosystems

There are plots of land interlaced within neighborhoods specifically for wildlife. However, I am concerned that insufficient land has been designated to support species that will be displaced due to upstream habitat loss and disruption.

I think the plans for restoration have potential for enormous benefit in locations like these. Neighborhood areas that are allocated as wild spaces will afford opportunities for citizen participation in outdoor activities and projects to help with removal of invasive plants and replanting with native species.

Looking toward the future, I hope my neighbors will support International Wetlands Day and be inspired to focus on actions that improve our local wetland watershed… all year.

In my opinion, it’s more beneficial to act on the climate change forecast made by scientists than to pay attention to the early or late spring forecast of a groundhog.

Read what Maggie has to say about International Wetlands Day: